How to Open X Box Console

How to open the XBox Console

Great.  Now that you've got the tools, you're READY!  Remember.... if you open your xbox, you are voiding your warranty with Microsoft, if you have one left.  With that said, there are 6 hidden screws that you must remove to open up your XBox.  Please see the picture below, they are all either under the 4 rubber legs, or under each of the two labels on the bottom of the XBox: 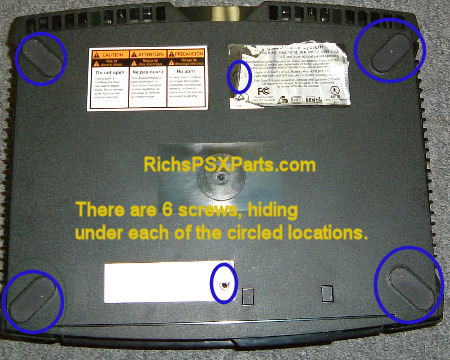 The 4 rubber feet are glued to the bottom of the XBox.  You do not want to remove them completely if you do not have to, or you will have to hot-glue them back on.  As you can see in the image below, if you peel them back half way from the corner, you will expose the screw you need to remove: 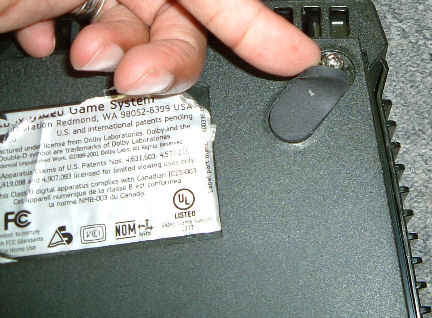 For the other two screws, you will have to either peel the labels back or off, or simply feel around for the hole in which the screws are sunk in, and punch the screwdriver through the label and remove the screws.  After you have removed all 6 screws, simply lift the top of the xbox off by the sides.  After you lift the top off, below is what you will see.  There are three screws, circled in yellow, that you will need to remove if you want to change out the DVD ROM drive or power supply.  To change the power supply, you must remove the hard drive from the xbox.  There is no need to remove the power supply connector to the hard drive, but you will need to remove the IDE Cable.  Don't forget to replace it when you're done, or you will get a customer service error code 7. 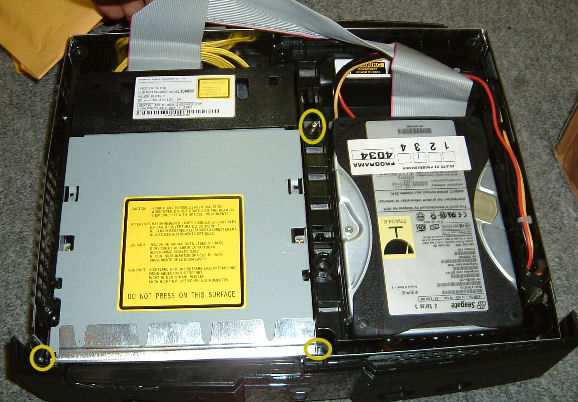 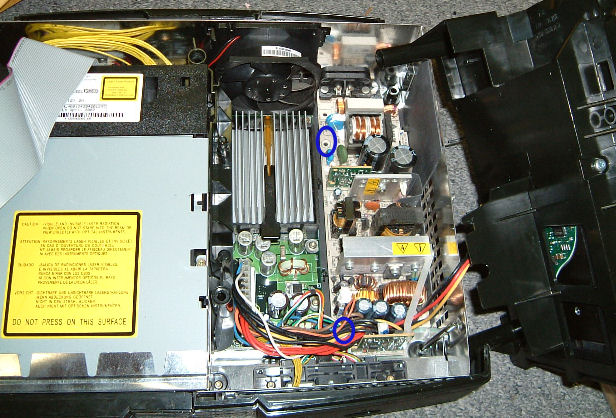 Below are links to purchase the xbox power supply, xbox DVD drive, and a link to the general XBOX repair parts page: