1)  As circled in the picture below, the screw holding the Right and Left trigger buttons has been replaced by a snap-in type fastener.  It's a pain to work around as they keep falling out like the 1001 models did.  However, if you have some PSP-2001 or PSP-3001 buttons laying around, you can replace the snap-in connectors with the old style buttons that screw in. 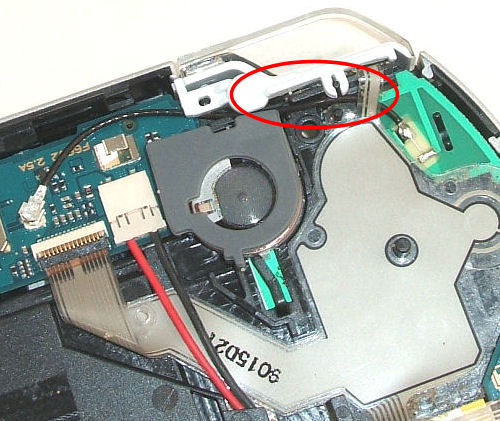 2)  The clip that holds the spring connected to the UMD DOOR is now a part of the PSP's frame.  It's no longer a white clip... see part circled below. 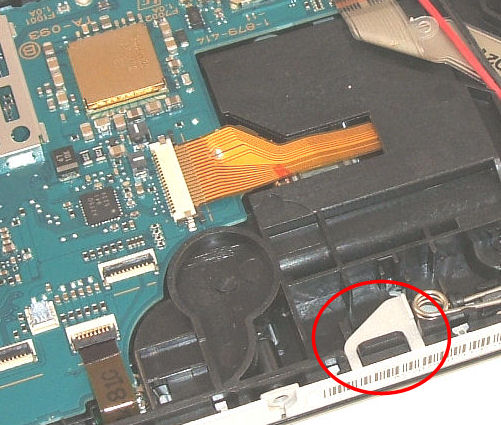 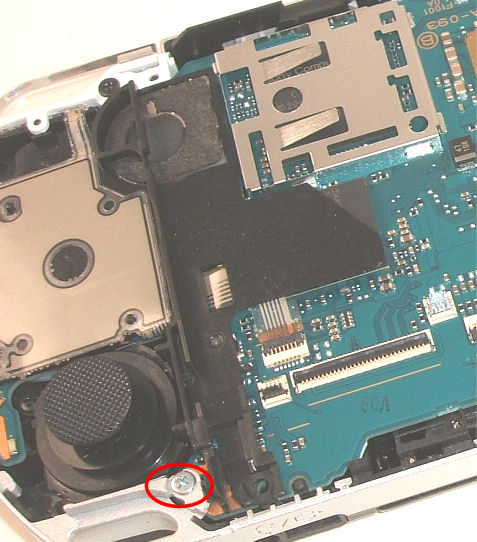 Minor changes, same chassis.  You can still use the parts from the older PSP-3001 to replace these newer (cost cutting, I'm sure) changes in the newer PSP.  Take special note of change #3 as you will need to remove this screw to properly remove the bar.